A downloadable game for Windows, macOS, Linux, and Android

When Kouichirou Nabatame finally worked up the courage to desert his kingdom, he thought his days of bloodshed were behind him. He believed that if he ran far enough, and for long enough, he could leave it all behind. A normal life would finally be his, and he would be able to spend his days peacefully, helping others and protecting their happiness, rather than destroying them without mercy.

But as Kouichirou knew deep inside his heart, peace would not be his so easily.

After weeks on the run, Kouichirou passed through Hotsu Village, and the moment he did, he spelled its demise. The Kodokushi, an elite band of samurai he used to lead, slaughtered the village's residents, then set it ablaze and continued their search.

Powerless to stop them, Kouichirou emerged after his former subordinates moved on, desperate to put out the flames and find himself food and shelter. He moved from house to house, searching for anything edible, until he at last stumbled upon a storeroom, in which he found... a girl.

Orphaned, maimed, and robbed of her village, the girl would undoubtedly die a slow, painful death. Kouichirou knew this, and thus asked the girl a simple question.

But as he prepared to put the girl out of her misery, a fire lit in her eyes. Before she could vocalize her response, the girl, Chiyo, had already conveyed her answer.

"Then as the one responsible for all of this, it is my duty to make sure that happens. My name is Kouichirou Nabatame, and from this day onward, Chiyo, you are my daughter."

An enjoyable kentic novel with pleasing art and UI.

The only things I didn't quite like was the use of side portrait sprites along with on screen ones for the two main characters. I felt it was redundant visually. I also missed having an option to check history. I sometimes clicked too fast past a piece of dialog and it was annoying that I couldn't go back and re-read anything. Granted I played on phone not PC so idk if that's only an issue on mobile or all vers of the game.

For the story itself, I liked it! It was sufficiently engaging and the characters grew on me fast. Some comments complain of Kou and Chiyo 'father-daughter" not being convincing and I agree but then I don't think anyone was actually suppose to buy that dynamic anyway (not even the MCs themselves). In any case the relationship they share is a sweet one.

Overall, I am happy I gave this VN a chance!

I like the story, but as of where I am in it so far, this is definitely not a game, but rather a story to read and enjoy.

This is a nice STORY. This is not at all a game, which was disappointing. My full review can be found here.

Just finished playing it. I first tried it in my android device and I turned down the game sound since I played in my school. When I got home, it took me by surprise that it has some voice acting in the game. So I played it all over again, but this time in my laptop.

This one is a magnificent VN, it has a potential to be a lengthy one (yes, I wish it could have been longer.). I love how the story went but I can say that the ending is rather a cliffhanger. Nonetheless, it still won't change that I've grown in love with the story and plot, especially to Kou and Chiyo's 'father-daughter' relationship (I made some offensive 'daddy' jokes as I play... I'm so ashamed). I really got intruiged on how that kind of relationship will play at the course of the story. I love how the characters were drawn, the bg's are too, and how the voice given to them were suited, some voices are quite familiar but it could have been my imagination. though I expected Kou's voice to be a stoic one, kinda like Jin's from Samurai Champloo. That!

One of  the reasons I played this is that, Kou looked extremely like Jin! Not to mention that Chiyo is somehow similar to Fuu, with both of them having brown hair and personalities (except being scared when kidnapped *laughs*). It was like Samurai Champloo VN ver. but minus Mugen, Jin without his fake glasses and being able to express everything, and without the travelling part and the crazy mishaps. This is not an insult but a compliment. Hats down to you guys.

I'm so glad that I get to play a vn with such amazing and unique storyline, interesting characters, voice acting, bg and music. I wish that you continue developing this vn into one that has a longer story lines, sprites for other characters and great ending that will catch the mass' attention inspite of being a kinetic novel. This is only my wish, I'm not trying to be demanding because I know how hard to make a vn, to draw sprites and bg, and to pick music that is suitable for each scene (I'm just starting to make one).

That is all I wanted to say, actually there's more but I want to limit it here. I know this is a lengthy one but that just mean that I really enjoyed playing/reading Wander no More. Thanks for making such a magnificent visual novel. More power to you and to your team!

The art and music were beautiful, the writing style was fine but... one thing I definitely was not sold on was Chiyo and Kouichirou's father-daughter relationship.

There was a lot of tell-not-show style exposition so the info dumps took me out of the story a bit... I wish the story could've been a bit richer. That said, as soon as Kodokushi came back, the story got a lot better in terms of pacing and writing and it made it seem like the entire VN was just filler because of that.

All in all, good, but could've been a lot better with some more thorough character development.

The art style was different, but it brought the entire story together since it had that feudal feel to it. The story was beautifully written, and the added conflicts were amazingly done. The characters were all loveable (even the baddies) and unique in their own ways. I loved the development of the main two characters, though. Kou and Chiyo are adorable together. I think my only complaint is, it felt too short for me. I wanted it to last longer.

That game was cute.

Reply
Sister Fister6 years ago(+2)
How come this game is still not being released to Steam? The date says coming soon but that's like weeks ago.
Reply
Caesar Ensalada6 years ago(+1)

b/c on here you have the option of paying for it. On steam it will be free.

That and Unwonted has a history of lying through their teeth on release dates, general incompetence on projects, etc...

I really liked everything about this game. The music, story, and art were very enjoyable! Thanks for making such a great visual novel!

I want to thank you for this unbelievable game. The writing, the arwork, the story is just incredible! I am floored at the level of quality here. Briliant job. I loved this so much I'm starting a playthrough series https://www.youtube.com/watch?v=60ud4ThuSas 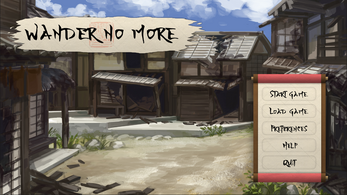 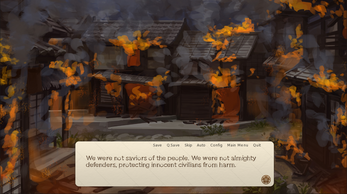 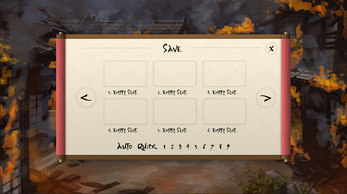 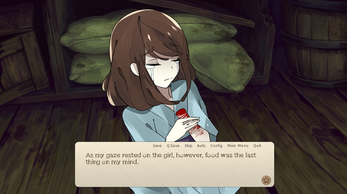